VR sickness: What does professional software have to do to avoid it?

Virtual reality has been enthusiastically adopted by design professionals. Using this technology opens up a vast new world of possibilities, but it can also have downsides. VR sickness is a reality for some professionals, and it must be addressed. In this article we explore the role design software has in avoiding or reducing VR-related discomfort. 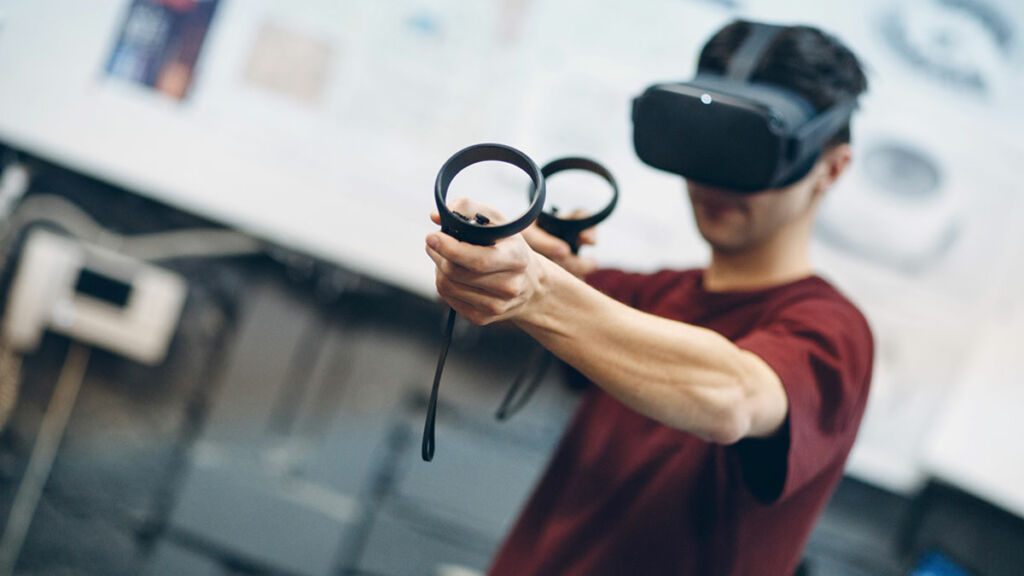 Virtual reality has been a game changer in many industries. This technology has brought significant advances to sectors involved in product development, and especially where large objects are involved.

Design is no exception. Because of their future-forward-orientation, many design professionals are eager to adopt this technology. Virtual reality can deliver considerable time and resource savings, as well as overall efficiency improvements. It has also brought about a thorough transformation to the entire design process. And as this technology continues to be refined, more widespread adoption is expected.

The popularity of VR in design has also given us an opportunity to learn about the impact of this technology, not just on design results, but on design professionals too. Enter the issue of VR sickness, which has been recently making headlines.

Is VR sickness really a problem?

Feeling lightheaded, nauseous or disoriented after spending time in a virtual reality environment? You’re not imagining it, and you’re not alone. It has been extensively documented as a real problem, going back to the mid 2010s. This issue affects a wide range of people, from gamers to pilots, and more recently, designers who routinely use this technology. Some estimates suggest that this could affect 25% to 40% of VR users.

The effects are similar to motion sickness and can greatly interfere with work performance. In professional design, sharp sensorial perception is key to great results. So are a clear mind and laser-focus concentration. If something interferes with these abilities, it can create far-reaching problems in business environments.

What causes VR sickness? Understanding the role of software

To understand what can be done to avoid VR sickness, we need to look at its causes. There are different hypotheses, but one of the most popular is that VR sickness appears when there’s a mismatch between visual, auditory and sensory input. This sends conflicting signals to the brain and creates the symptoms described above.

Research also points at the complexity of content rendering technologies involved in VR. This means that within a given software tool, there are many potential elements that could be causing VR sickness. This article cites the following aspects to consider:

What needs to change?

From this we learn that not all VR software is created equal. Many elements in hardware and content can interplay with each other and with individual factors, like age, gender, and sensitivity to VR environments.

This doesn’t mean we should stop using VR. The key is to make some adjustments, such as:

What we’re doing at flyingshapes to avoid VR sickness

We believe that technological advances must accommodate our limitations as humans. It’s tempting to embrace big technological leaps, but not at the expense of our wellbeing. After evaluating what we already know about VR sickness, we created our research-driven VR solution for designers.

Firstly we have developed a highly efficient smoothing algorithm that minimizes VR sickness under every circumstance. We have spend a huge effort to identify and eliminate the drivers for VR sickness and user feedback indicates that we have succeeded in most cases. Furthermore flyingshapes supports popular headsets like Oculus, Windows mixed reality, or HTC Vive, whose manufacturers are constantly working to find solutions to VR sickness.

As for our team, we’re always adding features to minimize VR sickness when working with our software. Recent additions include:

More importantly, our focus on efficiency streamlines the entire design process. In practical terms, this means less on-screen time. flyingshapes literally eliminates hundreds of hours of man-labor, since you can produce accurate models and review them collaboratively in a single space.

Additional suggestions for using our software

Virtual reality has impressive potential for many creative disciplines, including design. However, it can also induce symptoms of VR sickness and negate some of the advantages offered by this technology. There are several reasons why VR sickness can happen, but software specifications play an important role in this.

At flyingshapes we strongly believe that technological advances, efficiency, and well-being must go hand in hand. Every feature of our virtual reality design software has been created with the goal of balancing these three factors in order to minimize VR sickness.

Design reviews in the car creation process - Challenges and how to overcome them
SHARE: