VR modeling – These are the benefits

There might be no other technology now that fits into design as well as Virtual Reality (VR) and VR modeling. The technology is not new but has evolved immensely in the past years. Professionals from different sectors worldwide start to accept VR as yet another tool they can use to achieve better results, increase efficiency and strengthen communication of their work.

VR is already widely used, especially in architecture and design. That is not surprising as we are speaking about a technology that can represent three-dimensional objects better than traditional two-dimensional displays. Many consider VR to be the most important design tool soon. We will give an overview of the technology, what you can achieve with it and how it is already used by professionals in design. 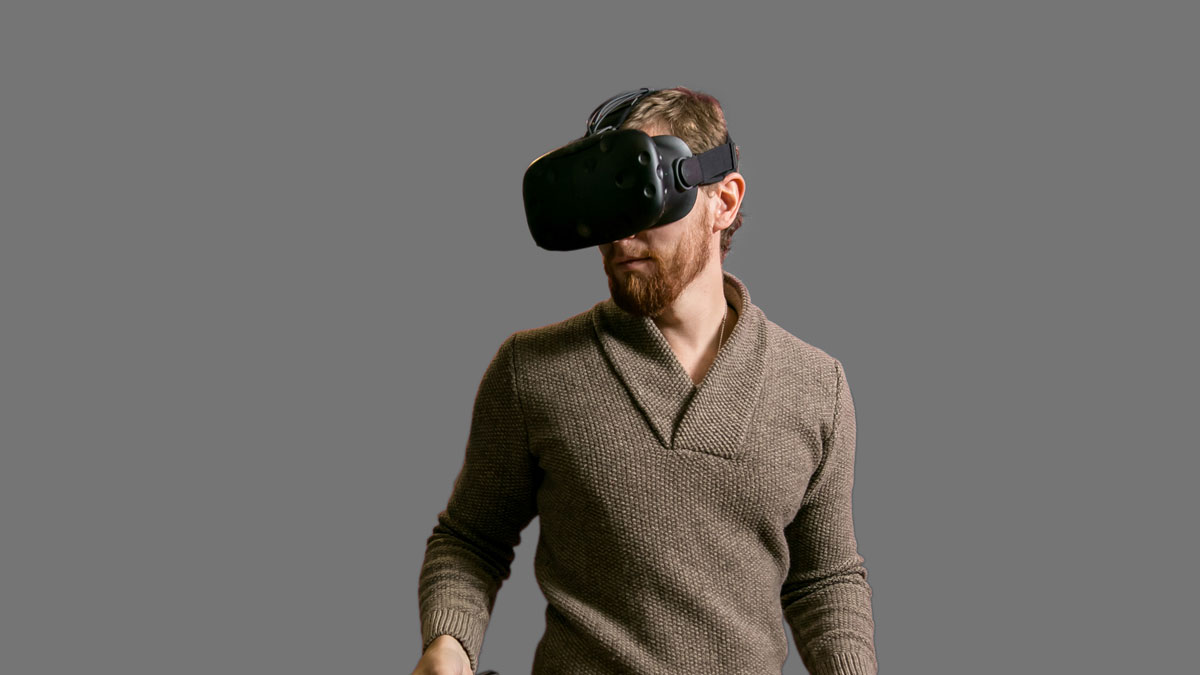 Design is often a lengthy process with many small steps. The first idea is seldom the best or the one that leads directly to a finished product. Design is more of an evolutionary process and designers have to iterate a lot. In the past, this could be highly time-consuming. One example might be a designer who is elaborating on the bodywork of a car and who lets modelers realize his idea with clay. Many automotive design studios still stick with clay for many reasons, but the process is slow and a single model is often in the making for many .

The great thing about a clay model is that you can walk around it and look at it from many different perspectives. This is not possible in the same way while looking at a display. VR modeling can help the designer with realistic three-dimensional representations of the car body, its chassis and other parts. It is no longer necessary to build clay models. Instead, the designer can use software like flyingshapes to directly create this design and further develop it within VR. This way, there is no need to switch between programs. You can walk around the car, get closer or look at it from a distance and you can even interact with it and start predefined animations, for example. The designer can quickly change the color of the body and test many other manipulations. These all help to get a better impression of the work so far. Most importantly, the designer can iterate much faster.

Of course, using this technology also helps reduce costs. Creating models from clay or other materials is pricey and the company has to reserve a budget for these expenditures. With VR modeling, you can iterate as much as you want without additional costs. This especially helps smaller companies a lot, which cannot afford expensive modeling using real materials. The cost saving aspect alone could lead to VR modeling replacing clay modeling and other traditional visualization techniques.

VR makes reviews much more efficient, reduces the number of necessary prototypes and therefore minimizes costs. One example for this is the SEAT car company that was able to reduce the number of prototypes for their vehicle development by 50 percent.

There are many ways how designers can communicate their ideas. They use sketches, renderings and physical models. These allow interpretation and evaluation of a concept. VR is a great tool to visualize three-dimensional objects and to show others what you want to achieve with your design. Your client is probably not as good as you are when it comes to interpreting sketches or a rendering from your 3D modeling software. In addition, physical models are expensive and slow, as we mentioned above. VR modeling gives your clients and customers a more intuitive access to your concept, making it alive in the virtual reality scene. It is like an object from our everyday world and therefore much more easily conceivable.

VR is not a static rendering and VR is not rotating an object with your mouse on the computer screen within the rendering software. VR allows for a representation of the full 360 degrees. You cannot only walk around a car for example; you can also put the car into a realistic scene like a street, in front of a city skyline or in a virtual showroom. How will the car look in the showroom of your client, how will it look on the street in everyday use? With VR, you can communicate all this very easily.

The way in which you present an idea to others is key to success. As a design director, you are confident that your team created a concept that is beneficial to your company, your clients and your customers. Now you meet the challenge to convince others as well. VR is a great way to create special experiences that help to achieve this goal.

In automotive, clients and customers want to know what you can do with the car. It is not only about the looks but also about usage. In VR, the user can walk towards the car and touch the surface of the door on the driver side to open it. You could show in which direction the door opens and whether it is a wing door that opens upwards, for example. The user wearing his VR headset could walk to the back of the car and open the car’s hatch door to look into the interior and to get a feeling for the available loading volume.

Encourage your client or customer to look at the car from the perspective of the driver’s seat. Inside the concept car, the user can look around and imagine what the real car will feel like. These new experiences help to sell your concept.

Put your client right in the middle of the car model. The user understands right away what you can create for them. That is a great benefit and makes it that much easier to convince others of your work and the work of your design team. Interestingly, this effect is especially strong if the user has no experiences with VR yet. Even if you work with the technology every day from now on, your customer or client might not. Putting a VR helmet on their head is exciting all on its own and therefore a mighty tool in the hands of the selling people.

A new car concept and the design of a new car body might be the work of a single person. However, many companies lay their focus on teams working on design concepts together. VR modeling is a tool that makes collaborative design a reality. With VR, you can create a virtual workplace and invite all designers and other stakeholders that might contribute to the design and review it. You can work with people from many different locations in a single virtual scene as if they were all in the same room. The virtual workplace is useful for facilitating cross-site collaboration working together with teams from different cities or countries. This also helps to make decision making more efficient and to clarify misunderstandings at an early stage.

Sounds interesting? Just contact us if you want to find out more.

New Version of flyingshapes and new Corporate Identity
Next