Design reviews are meant to be collaborative encounters focused on quality and excellence. But sometimes, this aspect of the design process isn’t as synergistic as it could be. This article examines the main challenges of automotive design reviews and offers suggestions on how to make them fully functional. 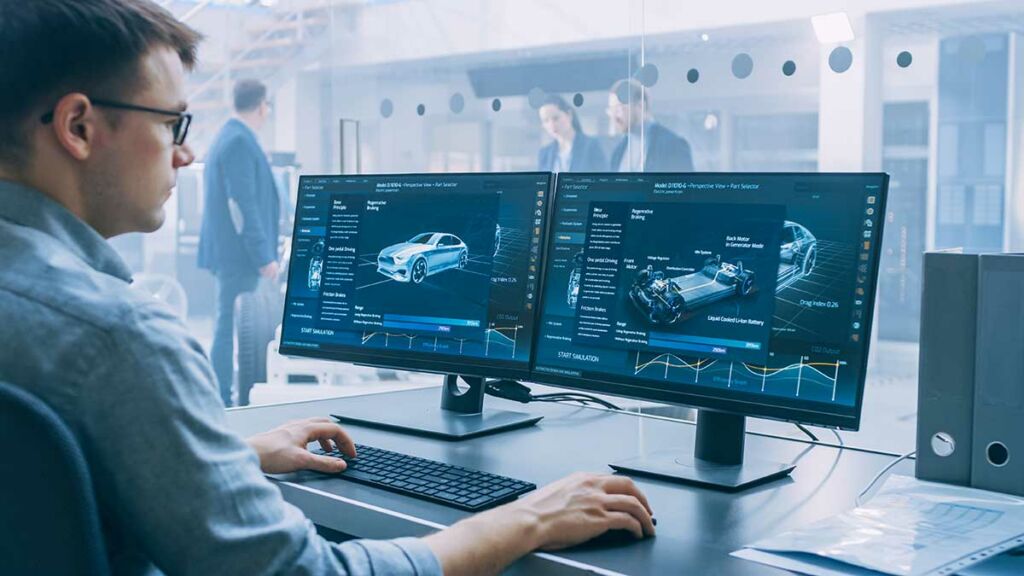 To truly understand the root cause of the challenges affecting design reviews, we need to step outside of that process for a moment. Many of the obstacles surrounding the review process stem from a clash of perceptions about design itself and how it is played out in corporate settings. In turn, this clash is the result of one of the biggest misunderstandings about the car design process.

We are referring to the idea that team work is central to both design and reviews. And while teams do work together throughout the entire design process, their degree of alignment could be improved.

Part of the scope for improvement lies in organizational structure. Corporate design environments are characterized by a vertical hierarchy that sharply delimits creators, curators, and their respective functions. On the one hand we have creators, or the various designers working on a concept. On the other hand, there are curators, or those in managerial roles.

In the automotive sector, the main challenge arising from this hierarchy is an overlap of functions. Curators were designers before being promoted to a management role. In many cases, they never really shed their designer persona. This inevitably leads to an overlap of functions, since some managers adopt a co-creator role with the best of intentions.

The problem with this scenario is that it can cause friction between teams or departments. Moreover, it can lead to inefficiencies in the use of time and resources. And lastly, it may create some confusion between curating and creating roles, which can extend into the review process.

This context sets the tone for the design review process, which is riddled with further challenges, including:

Once again, we find discrepancies between what design reviews are supposed to be and what they really are. In an ideal world, reviews would be a plural exercise. In reality, most of the team remains in silence while managers comment on a project. In the vast majority of cases, comments carry an implicit bias (“we’re not happy with the current model”). Moreover, designers present at reviews rarely comment on each other’s work due to fears inspired by the industry’s competitiveness. Comments or criticism are often interpreted as attacks on the role or on the person behind it, rather than as feedback about the work itself.

Translational issues create added difficulties. Designers are used to expressing nuances to the millimeter. During reviews, managers use broader terms along the lines of “good or bad”. This dichotomous vision can hardly be translated into the nuanced gradient designers use, and vice versa. This can jeopardize communication, making it less precise.

It can also be difficult to “translate” views between creators and curators due to their varying levels of involvement with the models reviewed. Designers, creative managers, and exterior design chiefs work on the model on a daily basis, while those with decision-making like design directors or design chiefs only get involved weekly or monthly. Unsurprisingly, the views of creators and curators can end up being diametrically opposed. The result: design reviews are far from collaborative.

Adding to that imprecision is the issue of the tools used in reviews. For example, during the 2D sketching stage, reviews are mostly verbal. Later on, when modeling at ¼ scale, review feedback is done via tape on clay. This is usually repeated a few times before committing to a full-size model.

Tape lines can convey detailed feedback on important design aspects, like shadows, lights, proportions, etc. This method offers the most accurate simulation of the future model. But while tape works well at this stage, its advantages cannot be carried over to reviews of digital models.

Currently, digital reviews at this stage are verbal, so implementing them becomes a source of confusion. As most designers will agree, systematic communication is not the strongest point of professionals in this sector. Designers typically make up for this with their excellent photographic memory, but memory is not infallible. In short, verbal reviews of digital models lack a clear visual reference and leave things open to interpretation. Once again, the review process is thrown into a state of imprecision.

What’s Needed To Overcome These Challenges?

So far, we have seen that design reviews are riddled with challenges: overlapping functions, lack of real team work, competing realities, a battle over the ownership of ideas, and tools that don’t suit digital models.

Ideally, automotive design teams and their managers should have a tool that replicates the functions and benefits of tape in the digital sphere. Until very recently, this was something of a utopia. But today, flyingshapes has revolutionized the design review process.

This design tool relies on virtual reality to cover every aspect of the design process. This includes creation and curation. You can think of this innovative software as the digital version of tape, although the features exceed the possibilities of this method.

For the purposes of this article, we want to focus on how flyingshapes supports and streamlines the review process.

In addition, the software satisfies the need for control shared between designers and managers. With just a handful of gestures, designers can control the visual representation of their idea, and those in managerial roles can control the process.

Virtual reality design environments like flyingshapes carry the promise of transformation. This also applies to design reviews, which can become truly collaborative and effective. Due to the interconnected nature of design, improving one aspect of the process can have a profound impact on the entire system.

Decision makers in the design industry now have a revolutionary opportunity at their fingertips. It doesn’t take much to get started.

Five design classics and how they can inspire your work
Next

VR sickness: What does professional software have to do to avoid it?
SHARE: