Five design classics and how they can inspire your work

Remember the first time you were dazzled by an outstanding example of design? Maybe that was the reason why you decided to become a designer. The impact of design classics can’t be underestimated. Because they are a tangible representation of timeless aesthetics, functionality, and innovation, time-honored pieces continue to be a source of inspiration throughout the entire design career.

Inspiration and motivation are important for professionals in the creative sector, especially in competitive corporate positions where these aspects take second place. If you feel that you could do with some fresh inspiration, we invite you to take a look at five inspirational design classics. 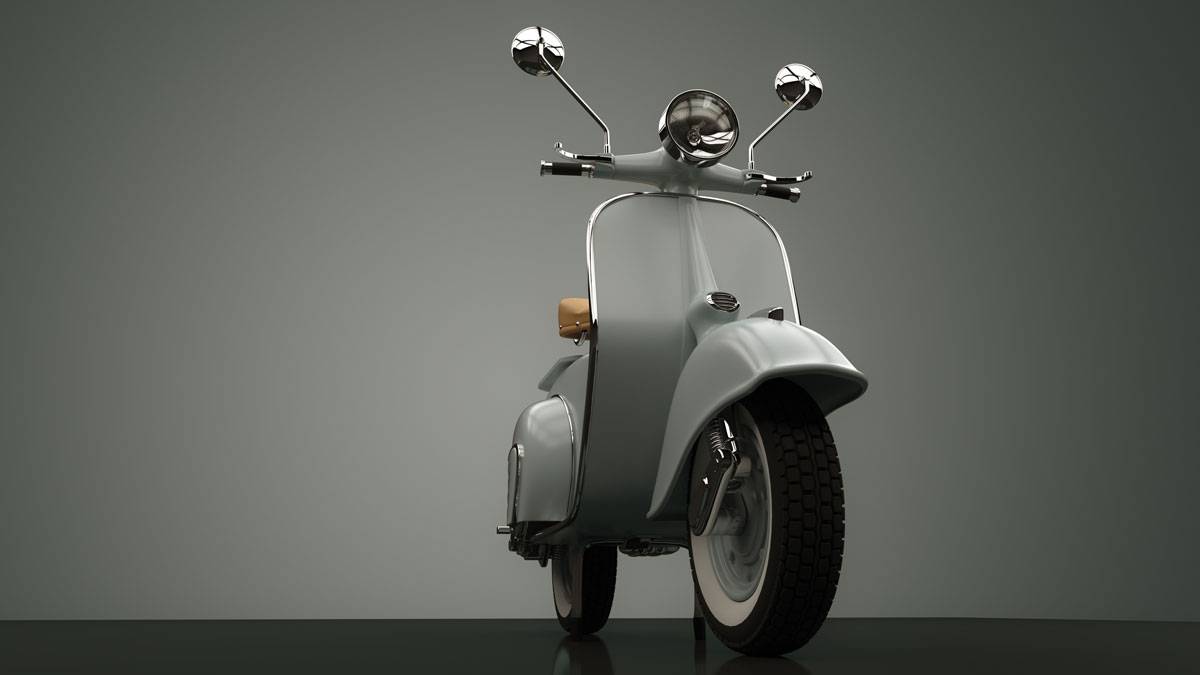 First in our list is the Vespa scooter, designed by aeronautical engineer Corradino d’Ascanio. The design brief required a concept that could be developed into something reliable, affordable, and that could be driven by both men and women. What’s interesting to note is that d’Ascanio did not like motorbikes at all, and yet he was able to dive straight into the brief, using his vision to create a revolutionary vehicle that has become a design classic.

The iconic Vespa permeated many aspects of everyday life and even gained a spot in the dictionary with the informal creation of the verb “andare in Vespa” (to go in a Vespa). The scooter’s design and unique selling points (such as its fuel economy and manoeuvrability in large cities) have withstood the test of time. Fuel prices haven’t got any cheaper and cities have continued to grow. Under these conditions, the Vespa’s compact design and affordability remain attractive, more than 70 years after the first Vespa hit the Italian roads.

This story provides a source of inspiration for designers who feel stuck in a rut, or for those who are working on a project that’s far from their ideals. The takeaway lesson is that even under those conditions is possible to disrupt, entice, and design something that will be loved generation after generation.

To become classics, designs must stand the test of time. And that’s precisely what the Eames Shell chair has done.

The Eames chair was a paradigm changer for various reasons. First, the designers experimented extensively with new materials and colors not just to find the best fit for their concept, but also to make an unorthodox design acceptable to consumers. This illustrates how great design can transform perceptions and generate enthusiasm in consumers – quite an inspiring feat!

They were also pioneers in the concept of modular design, since the chair was designed allowing for variations of shell color and leg options. The designers realized the value of versatile design even before consumers knew how much of an impact this could have on their lives. From this we can learn that a concept can be mass produced but still allow room for personalization.

Designers today can draw inspiration from the forward-looking approach of Charles and Roy Eames. They were not only satisfied with the idea of coming up with a truly disruptive but serviceable concept. Instead, they guided their design process with the question “how is this going to look in ten years?”. And more than seven decades later, the answer is “still useful and still in demand”, since the Eames chair continues to be manufactured and there are some 100,000 possible combinations available – definitely enough to meet every wish and need. 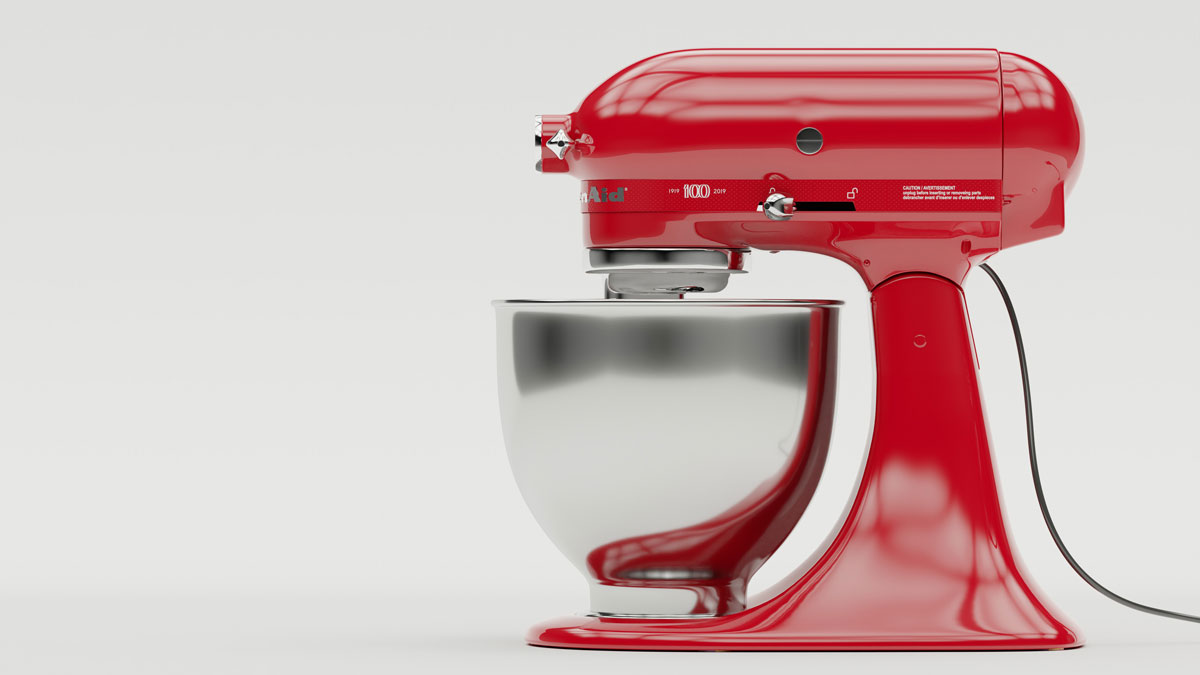 Initially developed for commercial use, the KitchenAid mixer was also an enormous success in its domestic version. As it often happens in design, the mixer wasn’t just a product that got the job done: it represented a new lifestyle marked by freedom and modernity. And that’s one of the reasons why this design classic was successful.

The KitchenAid mixer was the result of a thought that every designer can identify with: “there has to be a better way”. The mixer’s designer had this thought when mixing dough with a spoon, and as it’s common in designers, he went a step further when trying to solve a problem. Instead of creating a mixer that replicated the manual stirring motion, he developed a beater with bidirectional fold-over motion.

The story behind the concept reflects the aspirational character of design itself, which always seeks improvement and progress. And more than 100 years later, the mixer continues to be in high demand. More than that, it has become an everyday necessity in many households, and it’s even considered a heirloom item. 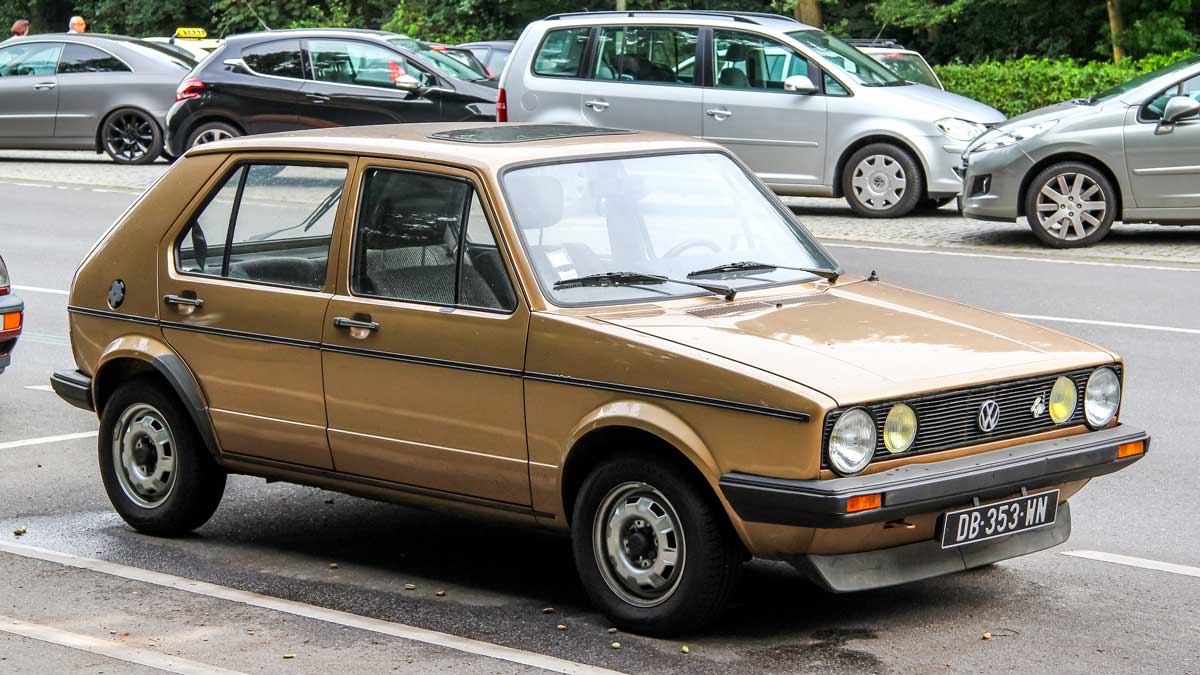 Released in 1974 by the German car manufacturer, the original hatchback became an icon of the 70s, since its revolutionary looks were a great match for the spirit of the decade. Unlike vehicles in previous decades, which were big on curved and soft edges, the MK1 was unapologetically square and boxy.

It’s interesting to look at the designer behind the MK1. Italian automotive designer Giorgetto Giugiaro had more than a decade of experience in the sector by the time the MK1 was launched. The car’s departure from his previous designs (like the Alfa Romeo 105) carries a valuable reminder, which can also be a source of inspiration: there are no limits to what a designer can imagine. Giugiaro didn’t allow himself to get stuck in a rut by limiting his designs to very similar cars. Instead, he let creativity take center stage, even if that meant that rules had to change.

The MK1 also shows that it’s possible to be creative within constraints. The design brief Giugiaro received was pretty specific, but instead of taking that as a limitation, he saw it as an opportunity to do something radically different.

Located in the heart of San Francisco’s Financial District is this relatively little-known building, considered one of the city’s most significant constructions by many architects.

The Hallidie building’s claim to fame rests on its glass curtain wall, which was the first of its kind in American architecture. The building was designed by architect Willis Polk in 1918.

As for the architect himself, Polk was known for his commitment to upholding design standards and urbanism. He was the mastermind behind several influential San Francisco buildings, such as the Merchants Exchange and the Hobart building. By the time he came up with the concept behind the Hallidie building, he was already recognized as one of the top architects in the area.

But more importantly, Polk took on the Hallidie building project rather late in his career. This didn’t stop him from putting all his creative abilities to work. His goal was to create something unheard of in the United States, a unique concept that would set new trends and standards. In other words, the effort behind this building was to follow the ground-breaking essence of design, which materialized in an all-glass curtain wall.

This represented an important departure of style with regards to the era’s buildings and also compared to Polk’s previous work. The curtain wall was juxtaposed with contrasting Gothic ornaments and materials like steel and gold-painted iron. This unusual experiment was a risky take on design, yet a successful one. The result was a striking building that gave the impression of remarkable lightness, harmony, and precision.

The building took many by surprise, and not only because of its ingenious glass curtain wall. Although Polk had always been very outspoken about his take on architectural design, nothing had ever suggested his penchant for ground-breaking work, since his previous buildings had a classical leaning.

And yet, despite the cosmetic differences between the Hallidie and his previous work, Polk remained truthful to his design principles, which revolved around functionality and adaptation to context and environment. This is evident in the Hallidie’s curtain wall, which solved the challenge presented by San Francisco’s variable and cool weather. The glass wall allowed natural light and warmth to filter into the building and kept stone work to a bare minimum.

What all design classics show: You never know the full impact of your creations

The takeaway message is that as a designer, you never know where your abilities can be taken. Some designers stick to a single style throughout the entire careers, and end up exhausting all possibilities of innovation. With the right tools at hand, it is possible for every designer to stick to their own design principles and experiment with styles, therefore increasing the chances of forging a concept that will inspire other designers for generations.

How collaborative design can boost your creativity
Next

Design reviews in the car creation process - Challenges and how to overcome them
SHARE: