Good designers are always looking for ways to bring new skills to their portfolio. Mastering surface modeling could be a way of giving your portfolio a boost, especially if you learn to use this technique in a virtual reality environment. 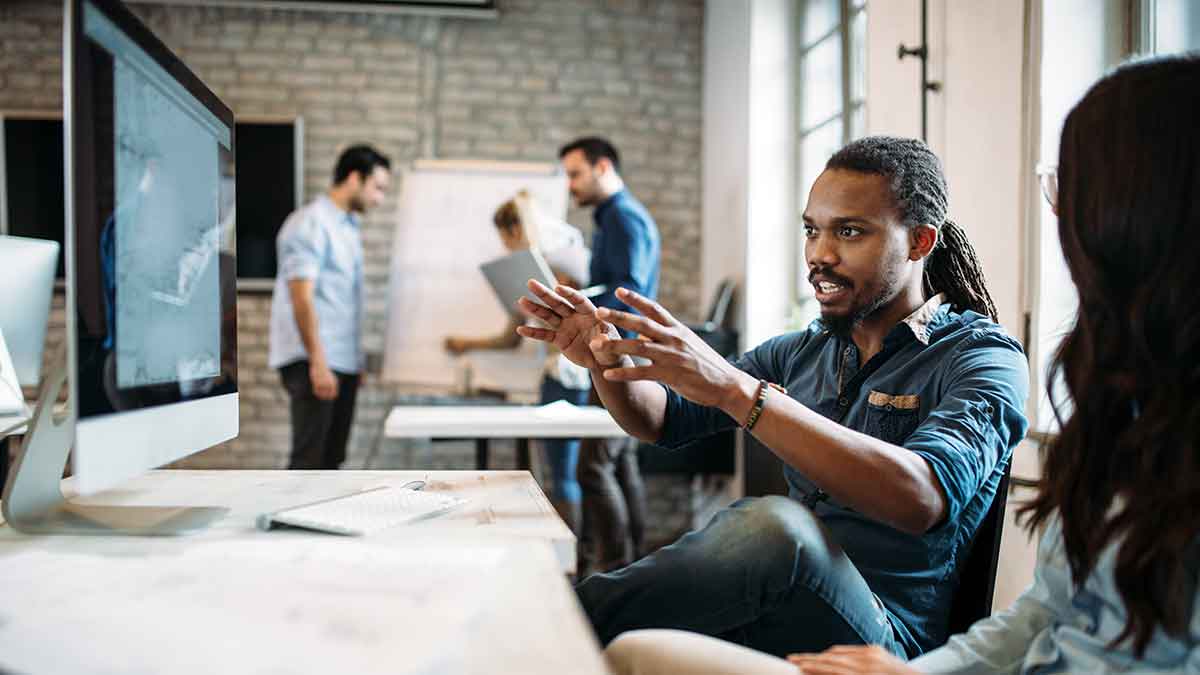 Surface modeling is a technique typically used in CAD, CAID, architecture, or design applications. The technique is used to display three-dimensional objects with solid surfaces. To do this, it relies on mathematical techniques to generate, convert, validate, and rebuild the surfaces that make up an object.

You can think of surface modeling as the technique that mediates between the initial sketch or wireframe and the final design approval.

Surface modeling in the design process

Surface modeling is used during different stages of the design process. During the initial stages of the process, it takes the form of clay modeling, where a 3D clay sculpture is created to convey the physical aspects of a concept with high accuracy. Clay modeling is also necessary in later stages, such as after a powerball review or prior to design approval. And lastly, surfacing in a virtual reality environment is emerging as a modern form of clay modeling.

Surface modeling plays a fundamental role in the creation process, since this technique allows for highly detailed and realistic visualization. Due to this, it can provide an accurate view of how different surfaces come together and flow together. If done at high standards, this technique allows you to see, touch and “feel” the concept and verify it’s a true expression of your intention as a designer.

But the technique isn’t free of potential problems. One of them involves the high levels of craftmanship involved. For example, it may take years to acquire substantial expertise in clay modeling, a specialism that’s been defined as part art and part science.

A similar thing happens with Class A surfacing. Adjusting highlights, continuity and tolerances requires fine judgement and the ability to integrate the model’s aesthetic, engineering, and production requirements. This level of evaluation skills is only developed over the years.

Why is surface modeling so important for the design process?

Surface modeling has been around for a while. Considering the evolution of the design discipline and the impact of technology in this field, you may wonder whether this skill is still important nowadays. The answer is yes, more than ever – for the following reasons:

In short, surface modeling skills compensate for the shortcomings of solid modeling techniques.

So far we’ve established the usefulness of surface modeling skills. But can these valuable skills become even more relevant in today’s design environment? Yes, once they’re built into impactful technology like virtual reality.

Virtual reality software can simplify the process of surface modeling, since it solves the problems that typically hinder it. Here’s how VR can transform this technique and the entire design process.

With VR software you can seamlessly go from brisk strokes to incredibly precise surfaces. You can also define materials, reflections, and shades, or create variants as and when needed. If you’re frustrated by how some tools limit the accuracy of the movements you want to execute, VR will be a real eye opener.

In a VR environment, surface modeling becomes almost indistinguishable from the real thing. You can produce and work on seamless end-to-end 3D data right from the start. This eliminates a common problem in design: the fact that visualization happens mainly in 2D, even when working on concepts that will eventually become 3D products.

When working in VR, what you see is what you get. This stands in contrast to some Class A surface design applications, where it’s possible to produce a 3D model.

Make changes on the go

Real-time visualization also applies to any changes you make. In VR, you can easily understand the impact of these changes on the overall design. If necessary, you can further adjust the environment or simulate conditions in addition to making changes to the model. Because VR software is highly visual and immersive, you get an at-a-glance view of shapes, colors and perspectives for comparison and decision-making purposes.

After a few hours or sessions using VR software, using its intuitive controls will become second nature. You no longer need to spend years mastering specialized skills – now you can make every line as precise and every surface as smooth as you please.

Create, curate and collaborate in a single interface

flyingshapes allows multiple people to modify a concept simultaneously and in real time. Adjusting or changing surfaces no longer requires recreating a model from scratch. This is particularly handy for design managers when they need to give feedback or request changes from a remote team.

Surface modeling is an invaluable skill for 3D designers. You can unleash the potential of this skill using a VR tool that facilitates the integration of surface modeling into the entire design process. This way, you no longer need to worry about lost or misinterpreted data, or about constantly switching between mediums.

In short, virtual reality enables the right level of precision at the right time, throughout the whole design process.

Curation of design concepts: How to solve workflow problems
Next

How to get your team in the mood for VR design: Common approval or top-down?
SHARE: