As every designer knows, concept design is a critical stage in product development. But despite their importance, the early stages of design are riddled with problems. In this post we explore what’s at the root of these issues and which are the concept design tools that can enable the true potential of design as a discipline. 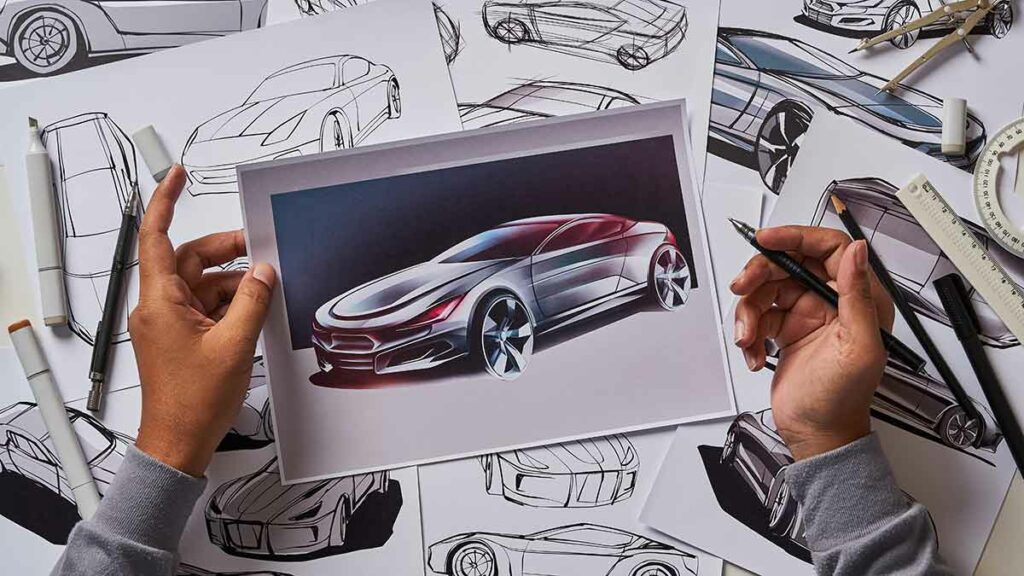 The Basics Of Concept Design

Concept design is considered one of the early stages of the design process. To put it simply, this term refers to the development of the initial concept, or the big picture.

During concept design, an original idea is developed with reference to:

Concept design is an essential aspect of product development, and plays a crucial role in determining the overall feasibility of a concept. It can also serve as a guideline that underpins decision making throughout the design process. Lastly, it can provide cohesion and direction to the teams and departments working together in materializing a concept.

1. A mismatch between tools and the design process

We’ve already discussed the mismatch between design tools and the design process in a previous blog post. This mismatch is also evident in the early stages of design, since some designers lack the tools that can help materialize their vision. This can be frustrating to designers and their managers, and put a damper on the creative process.

In sectors like automotive, the design process is highly fragmented and is usually split into conceptual and detailed design stages. The problem is that each of these stages is supported by different tools whose results can’t always be imported into the next stage.

For example, in conceptual design it’s common to use 2D tools or even more rudimentary techniques like sketching, drawing, or clay modeling. The initial concept renderings must then go through a data recreation process using 3D tools. During the detailed design stage, every nuance in original design is replicated and elaborated on, but the process entails duplicating work and therefore investing a significant amount of time and resources.

In theory, design is a linear process where stages neatly follow each other. But in practice, many stages overlap and elements of concept design are carried over from ideation to production. Since design is a constant exploration of possibilities, concept design has to be flexible from beginning to end.

However, this clashes with the reality of corporate design environments, which are usually rigid. This often complicates concept design and interferes with the iteration process in later stages. In some cases, these roadblocks prevent designers from doing what they’re meant to do: solve real-life problems.

You want to know more about VR designing and modeling?

Get our free VR Designing Guide and learn everything about the possibilities, requirements and use cases.

Immersive technology was initially used in the entertainment industry. But it didn’t take long for industrial designers to understand the promise contained in this technology. Recent research shows that by 2023, the total investment in immersive technologies is expected to increase by a staggering 587%.

The automotive sector has made a particularly strong investment in immersive tech, and leading manufacturers already use it routinely. For example, Porsche has been using immersive technology to design and market their vehicles with great success. Similarly, Ford incorporated these tools to its manufacturing process to improve the workflow, and Audi is using it in some of their showrooms.

The question is whether immersive technology has a place in the early stages of design. At flyingshapes, we believe that the answer is yes, since concept design isn’t really separate from other phases of the design process.

Virtual reality modeling can enhance the inherent possibilities of concept design and address the common challenges that designers face. This type of immersive technology allows everyone in your team to easily visualize:

It facilitates the integration of concept design and detailed design

Virtual reality modeling allows designers to render an idea accurately from the start and to continue adding details, brainstorming, and thinking outside the box throughout the entire process.

With immersive technology, concept design and detailed design are no longer two separate stages. This has operational benefits: it can save time, improve communication between departments, and enable creative freedom.

Iteration is an integral part of the design process, but in many industries it’s severely constrained. A recent study illustrates this problem and shows that many designers are limited to just a few concepts (usually 3). More than 90% of the designers interviewed expressed their desire to have more design alternatives.

This is where immersive technology can be a game changer, since it enables seamless iteration without the risks, delays, and financial costs that are so commonly associated with it.

Even though we all have slightly different mental models, visual communication is still the best way to get an idea across. Immersive technologies like virtual reality modeling are highly realistic and so they facilitate communication between designers, engineers, and project managers.

With better communication comes more effective collaboration, and the process of gathering feedback and getting concepts and changes validated becomes smoother. With virtual reality modeling software like flyingshapes, you can get all the necessary input and contributions in the same virtual space and produce shareable concepts that everyone understands.

Many aspects of design have already moved to the virtual sphere, so it makes sense for concept design to follow through. Immersive technologies can optimize the design experience, make the process more efficient, and enable the creative freedom designers need to come up with ground-breaking ideas.

These technologies already exist and can revolutionize the way we think about design. Why not start your free trial today?

Stop! Do you already know our VR Designing Guide?

Get our free guide and learn everything about the possibilities, requirements and use cases of VR designing and modeling.

Why designing in VR is better than clay modeling
Next

everything you need to know about vr designing

Everything you need to Know about vr Designing

Stay up to date

If you sign up for our newsletter, we will occasionally send you updates about our company, our upcoming product, beta launches and we will share some information on the latest trends in product design, virtual reality and CAD.